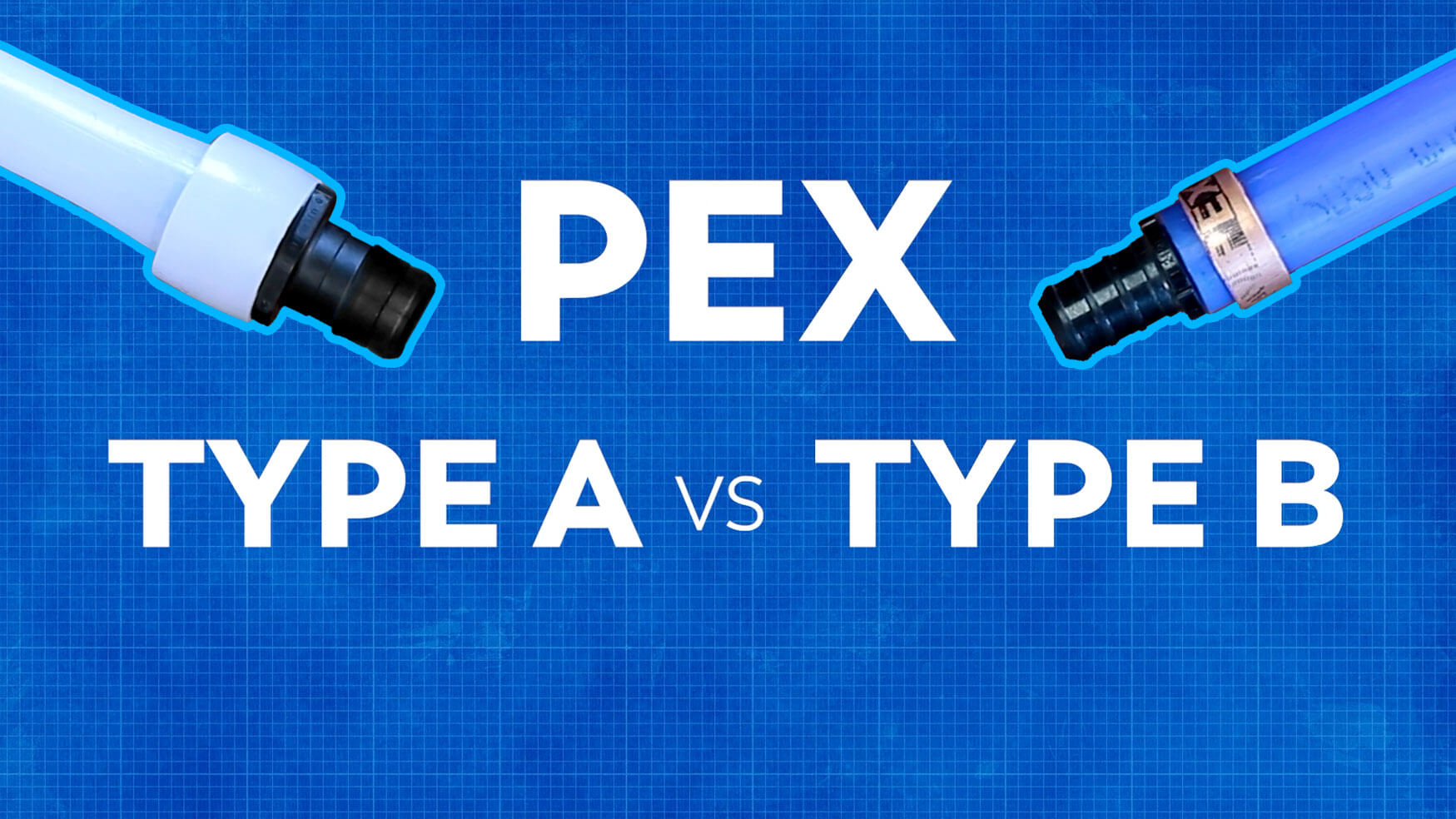 PEX A vs PEX B: what are the pros and cons? If you’re a homeowner or a plumber new to the trade, it’s important to know the difference. PEX is becoming increasingly popular in residential plumbing, and is quickly replacing copper as the go-to domestic piping option. Why? Because PEX scores high on longevity, as well as on the cost of materials and labor to install it.

PEX A vs PEX B: Cost

While the materials, fittings, and sleeves for PEX A and PEX B can fluctuate, PEX B is the overall cheaper material. (However, when considering cost, it’s important to consider labor and installation, too. More on this later.)

PEX A vs PEX B: Joining Method 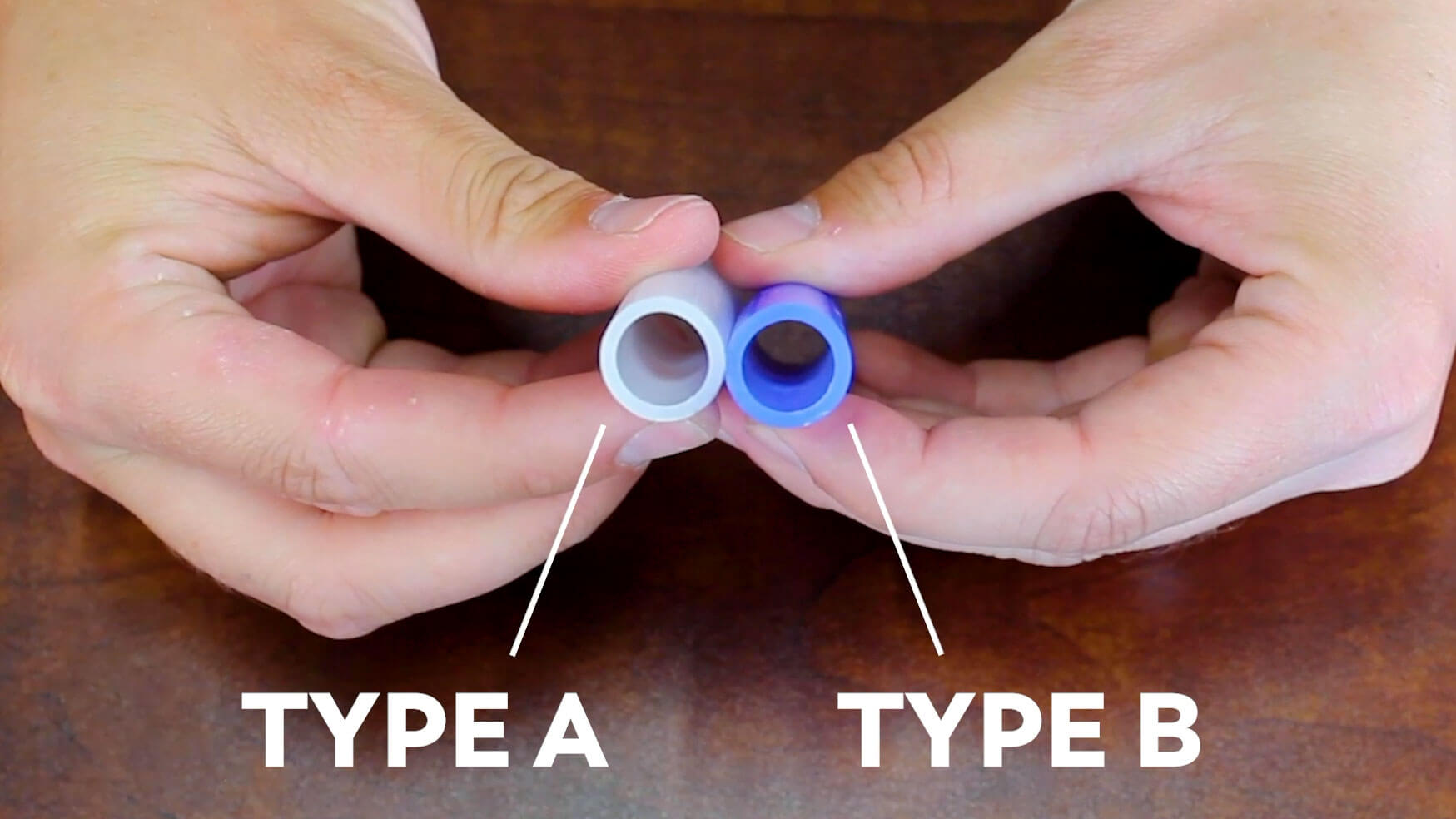 Looking at these two pipes side by side, PEX A and PEX B are almost the exact same size. However, the difference lies in the flow restriction. 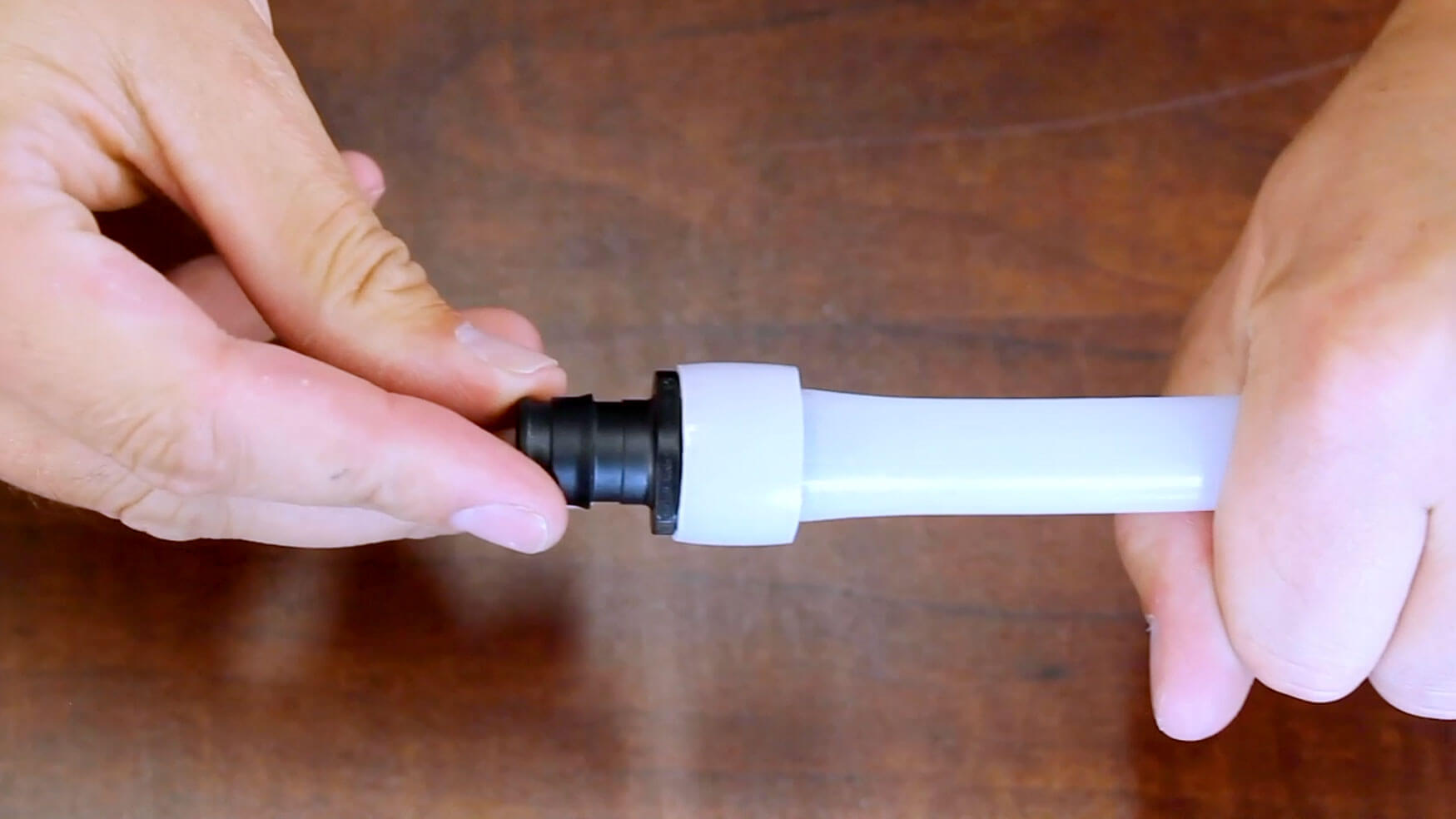 PEX A uses an expansion-style fitting. These fittings are much larger in diameter the PEX B fittings, and require an expansion tool. Using the expansion tool, you enlarge the pipe and sleeve in order slide in the fitting. Because PEX A is expandable, the material’s memory will ensure that it will shrink back to its normal size, tightening snugly around the fitting.

Pros: The PEX A joining method eliminates the risk of flow restriction, since the fitting is the same diameter as the pipe. Additionally, the expansion fitting is ergonomic for tight spaces: if you’re installing PEX A in a hard-to-reach area like a joist-bay, you can expand the fitting while in a comfortable position. You will have a few seconds before that expansion shrinks back down, which is more than enough time to join it with an already-installed pipe.

Con: In cold environments, like ours in Montana, it can take a long time for expansion-style fittings to shrink back down to their original size. The solution? Get a heat gun, and use it to warm up the fitting to speed up the process. 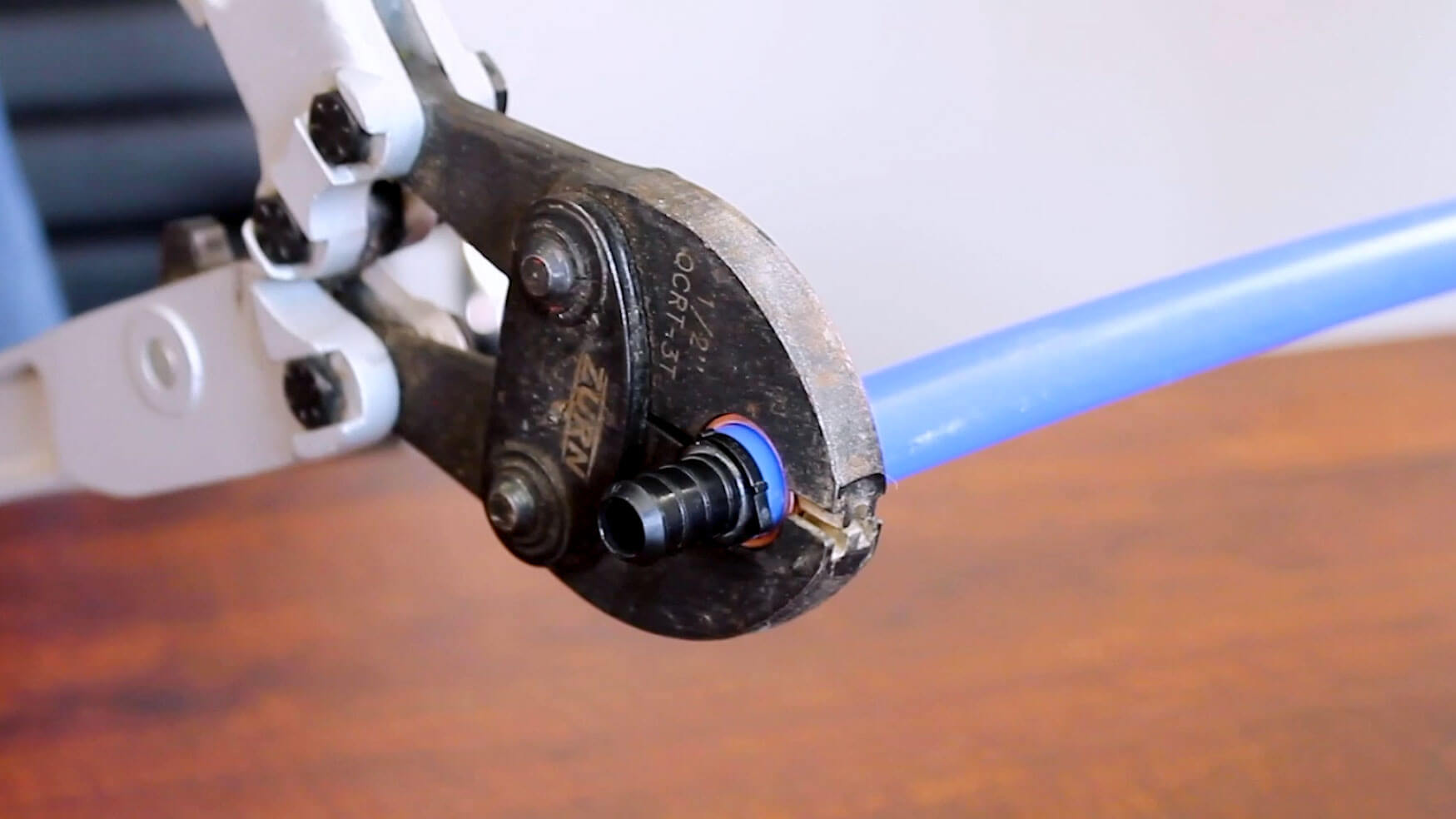 PEX B uses an insert-style fitting. After inserting the fitting into the pipe, you fasten it in place with a copper sleeve, using the crimp tool.

Con: Because PEX B fittings are smaller in diameter, this joining method downsizes the diameter of the pipe at the joint. The result is an increased resistance to flow and a decreased volume of water to the fixtures in your home. Additionally, the joining method isn’t as ergonomic as PEX A: if the crimp tool isn’t square on the sleeve, you can crimp it crooked and cause a leak.

PEX A vs PEX B: Flexibility 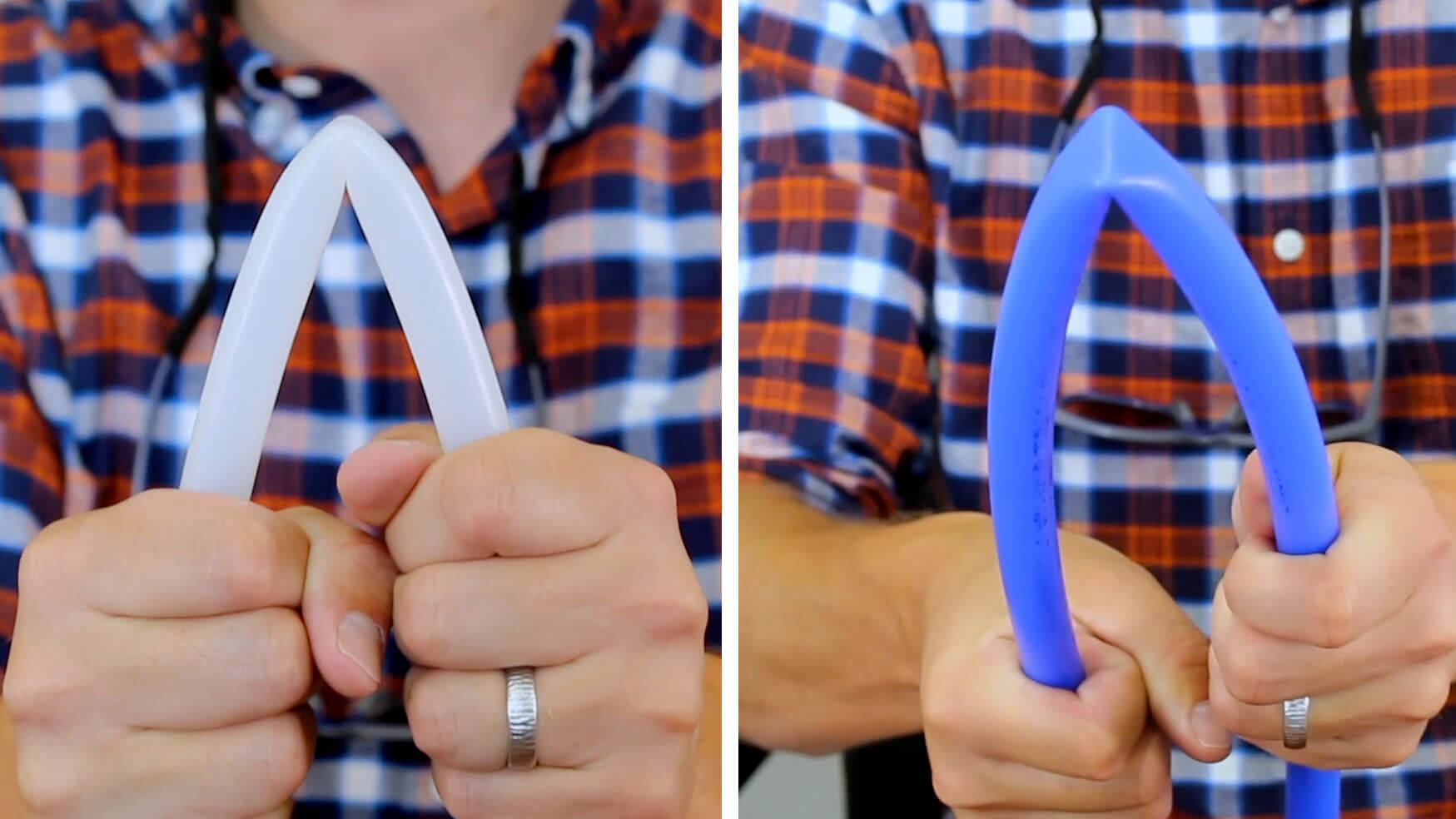 PEX A is very flexible, which allows you to make closer radial bends than PEX B. Another big plus: if PEX A pipe kinks, which is common, you can repair it using a heat gun. The heat will activate the material, causing it to expand back to original shape.

Since PEX B is made of the same expansive material as PEX A, its flexibility is limited. Therefore, if the pipe kinks, there is no way to repair it — you must cut it out and start over.

PEX A vs PEX B: Sizing the System 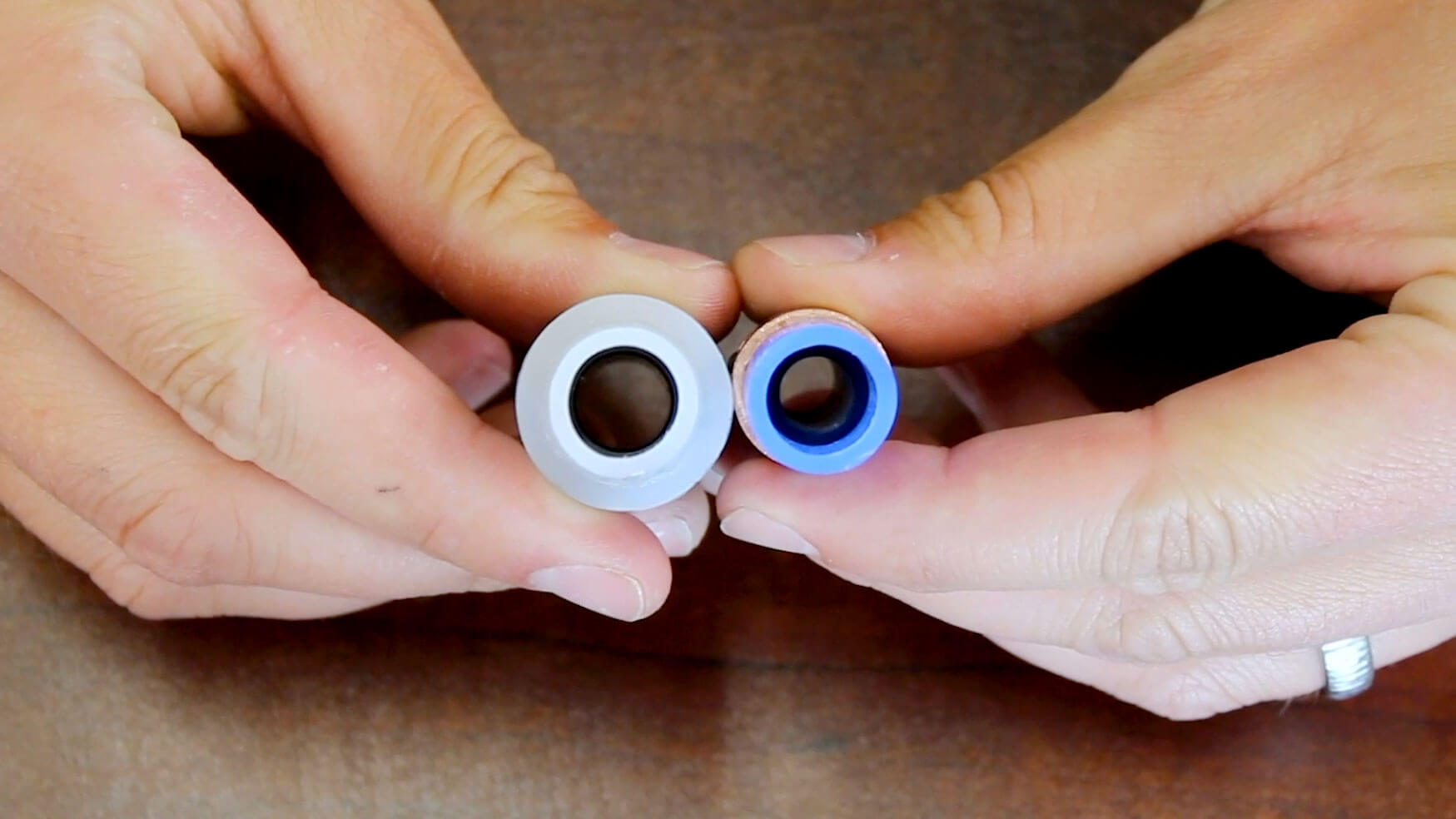 An incorrectly sized system is one of the most common problems our service techs see in the field. This problem is often related to PEX B plumbing systems. As mentioned above, PEX B’s insert-style fitting can caused a bottleneck in your plumbing system. So if you’re a DIYer who plans to install PEX B, be sure to upsize your system to account for the flow restriction.

Since PEX A uses an expansion-style fitting, you do not need to worry about upsizing your system.

PEX A vs PEX B: Burst Pressure

Living in a cold environment means your plumbing system runs the risk of freezing during extreme temperatures. And when pipes freeze, they can burst. PEX A and PEX B respond to this risk differently.

Bottom line, PEX A is more resistant to burst pressure than PEX B. PEX A’s expansive material can handle up to 500 PSI, which makes it reliable in extremely cold temperatures. Since PEX B is a more rigid material, it will not hold up as well in similar situations. 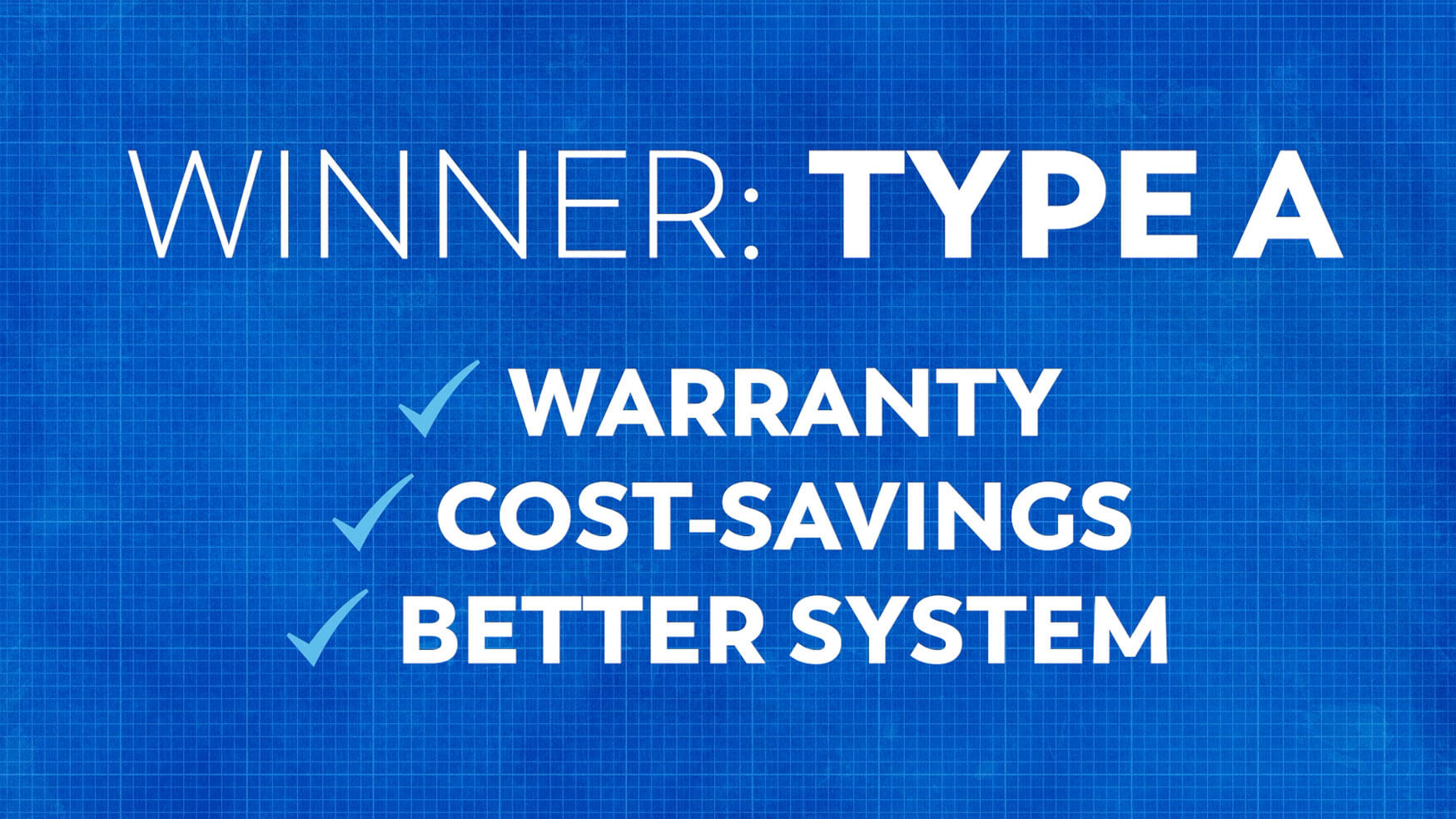 We’ve installed PEX A and PEX B systems for years. After thousands of job hours of installing them in service, commercial, and residential projects, we ultimately prefer PEX A. This system is superior to PEX B from a warranty perspective and a cost-savings perspective — and is overall a better system.

That being said, we’ve installed a ton of PEX B. If you’re a homeowner with limited access to PEX A tools and fittings, PEX B is a fine substitute. Just head over to your neighboring Home Depot and Lowes to get all the PEX B materials you need. However, make sure you’re upsizing your system — we usually recommend one pipe size — to account for the restriction in the fitting, as well as being square on the sleeves when you crimp them.

Good. We’re happy to help. Just give us a call and let us know how we can help you with your project.