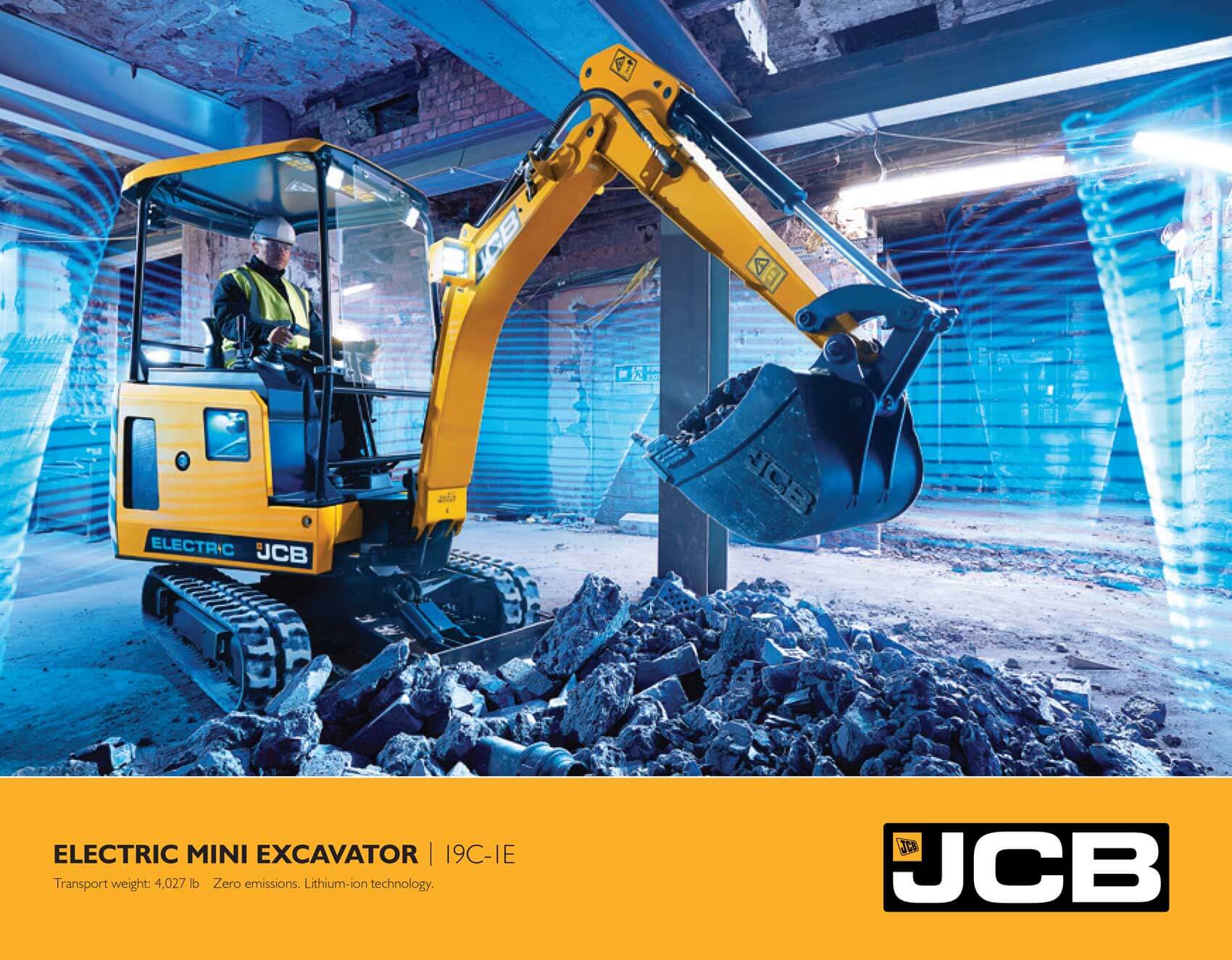 We also use this machine in the healthcare setting, as big hospitals are always remodeling. The size and retractable tracks allows us to fit into tight spaces and narrow doors, which a huge advantage.

Overall, the electric mini excavator has made our lives a lot easier. We’re real happy with the JCB 19C-IE. We were initially skeptical at the horsepower, and whether it could cycle and pick what we needed, but it has surprisingly been up to the task. The cycle times have been equal to with its diesel counterparts, while the curl of the bucket is only slightly slower than the diesel.

One con we’ve noticed: the front bucket has two teeth instead of three. That’s an issue when digging trenches, as it can mound the dirt a little bit. We might add a third tooth to the bucket to fix that problem.

Big picture, though, the JCB 19C-IE electric mini excavator has been a major addition to our projects. We’ve had almost a 100% utilization of the machine since we’ve owned it, which says everything you need to know.